One of my favourite quotes is “virtuality is bigger than reality,” Philpott (2010). This means that potential, probable or possible gets ground down into what eventually becomes known as reality (“accepted normalcy”).  Many other options, choices and variables are discarded as a result of systems, priorities or perceptions.

” Multi media should take us away from our linear paradigm.”

A recent (2013) Guardian article, referred to below, tangentially refers to brain plasticity and development.

What drew my attention was one of the comments;

“Intelligence is a burden. In a society expediently wedded to the denial of circumspection, reflection and doubt, it is fast becoming the disablity that dare not speak its name and often conveniently mistaken as an anti-social disorder.”
http://www.theguardian.com/commentisfree/2013/dec/06/boris-johnson-missed-point-iq

The commentary picks up on shallow, consumerist, glossy, social norms.

School is an institution of conformity.  Native intelligence in this setting could be a burden.  When looked at through the prism of youth development, it is possible to see how individuality in any form can easily become labelled as “ab-normal.” (viewed negatively by the group in this context and “to be corrected”).

Norms are social codes of behaviour.  Intelligence will often question the basis of these codes. When combined with identity building, social interaction and school rules, it is easy to see how intelligence might butt up against conformity and expectation.There are many facets to this issue and consequently many types of education. ” ….obedience can be viewed as meta ideological …compliance is rewarded, often by promotion to a higher rank in the social system, thus motivating the person and perpetuating the structure simultaneously” Taylor (2004 P74-75).

“The human process of perception, physiology and cognition are intertwined to such an extent that our sensual impressions of the world “out there” always result in interpretations” Beard, (2002) Chambers, (1984) Timms,( 2001) quoted by Beringer (2004) The work of neuroscience gives us a view into “brain plasticity.”  Much good work in learning and development follows from understanding that different people learn and develop differently.

There are many philosophical questions, as you might imagine :).  It might be argued that the more civilized the society the more repressed becomes the animalistic, instinctual part of us and in this transition from vibrant and energetic, from risk taking to risk averse, is the path of the enervated human being. “His instinctual id shackled by the societal super ego.” In Freud‘s (1923) view it is a libidinal or sexual drive which propels us through life and this sublimated drive emerges as the cause of most of our emotional and mental problems.

An alternative view flows 🙂 from the perspective of first person perspective positive psychology related research carried out by Csikszentmihayli (1934-).  He details the complete immersion in a task as characteristic of a “high action opportunity” which can challenge and encourage growth. He makes the case for a form of involvement and immediacy available in active pursuits (and the dream state) that require skill and a form of transcendence where the individual is not “self conscious,” but working to master the activity in process.

The work of sports coaching, by developing feedback and monitoring loops against a competitive baseline (how the others are doing) shows how a virtuous cycle (in terms of progressive training) develops an evolving specificity in athletes. It could be argued that the best teams and coaches “let you do what you do best,” harnessing your innate “drive” and training to team goals.

The field of occupational therapy and physical therapy has a practical need for applicable positive psychological processes. The corollary for positive psychology seems to be an acceptance of personal responsibility. “To pursue mental operations to any depth a person has to learn to concentrate attention. Without focus, consciousness is in a state of chaos. The “normal” (my parentheses) condition of the mind is one of informational disorder…”Csikszentmihayli (1997 p26)

If we change tack at this point and look at the work of Skinner (1904-1990), Watson (1878-1958) and Pavlov (1849-1936), we see the source of psychological training as external and achieved by cognition of the environment. This means of changing the person by studying and “shaping” behavior through new patterning, utilizing action to change thinking is the epitome of the “external locus of control.”   Skinner famously wrote a book soon after the second world war on “behavioral engineering” (2005 pvi) positing a behaviourist utopian parallel to Thoreau (1854); “Walden two,” in which he offered that we teach only the techniques of learning and thinking” (p110).

While behaviourist models may sometimes seem laughable and Dickensian they surround us, in the operation of prohibitive laws, the driving power of money, status, and the physical (and virtual) construction of urban/communal spaces. Far from being discarded these models underscore major mental health and educational “results based” programs throughout the western sphere of influence.

All models are firmly based in the didactic style of patriarchal systems. The notions of linear progress and goal directedness includes an unspoken corollary that models apply to systems of thinking, that without any conscious awareness are profoundly oriented to a “male” (~hunter) ethos. Mies (1998) makes the point that western culture we live in is one of “patriarchy and accumulation on a world scale.” Klein (2005, 2008) Chomsky (1993) Ehrenreich & English (1978) Greer (1970) Stein (1997) Wilson, S.R. (2002)

A key point and one often missed is that the word ―education/educational is negative “unspeak” Poole (2007) or “disidentifier” Goffman (1990 p60) which draws negative associations to the “student” and purposefully positive ones to the “teacher.”

“The Politics of the docile body” Foucault (1977). The preceding section asks questions of educational forms. It addresses the danger in all forms of “educational”  (or directive) thinking, the notion of a superior position, the solution giver or answer provider, the powerful versus the powerless.

“If you make yourself really small you can externalize virtually everything” Dennett (1984) quoted by Dennett (2003 p122) alluding to the idea that responsibility is a key element. The belief in self being a precursor for a belief in responsibility, or is it visa versa?  Our ability to think, reflect and choose to offer the response to a determined existence ―We alone on earth can rebel against the tyranny of the selfish replicators” Dennett, quoting Dawkins, (1995 p 366) 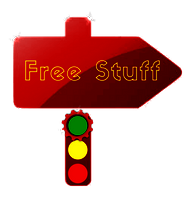